How a pair of hiking boots changed my life 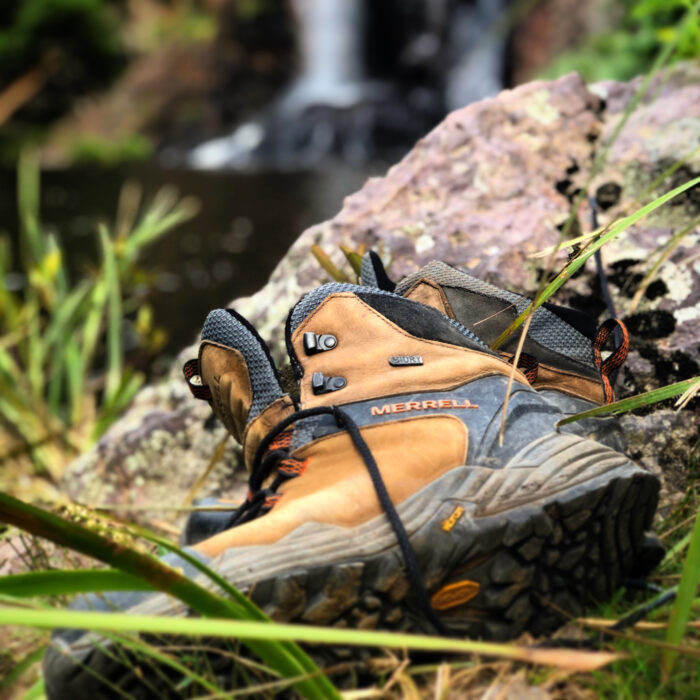 A few years ago, I invested in a pair of Merrell hiking boots to take on a two-month volunteering program working with Indigenous rangers in The Kimberley. They weren’t the cheapest option, but I convinced myself that through this purchase I’d get outside more and start hiking regularly. As dramatic as it may sound at first, these boots may have helped save my life.

For the last 15 years of my career I’ve been in leadership roles across several industries, most recently the financial sector. I’ve always pushed myself to progress my career, to keep taking that next step. As the roles became more senior and the pressures started to build, hiking became my active meditation and mechanism to balance the stress of my expanding work commitments.

After six months in a new role, the level of pressure I was placing on myself started to present physically. I stopped training at the gym because I didn’t have time. I was barely getting four hours sleep at night thinking about solving issues and trying to live up to my own unrelenting standards of performance. It became normal for me to go to work feeling sick in the stomach thinking about what I needed to get done for the day. I even started experiencing chest pain on numerous occasions until one night I went to the Emergency Room believing I was having a heart attack. After living with this pressure for months, I eventually reached breaking point on the way to work one day. I phoned my boss and said I needed time out. I felt broken, defeated, isolated and that there was no way out.

I immediately decided to seek professional help from psychologist to start working through what could be described as ‘burnout’. Essentially, I’d hit physical, psychological and emotional rock bottom. Through counselling, I made the tough decision to resign from my job, with no solid plans on what was next to meet my financial commitments.

‘Burnout’ is now recognised as a medical diagnosis by the World Health Organization and is the result of unresolved long-term pressure and stress. Research from Beyond Blue also states that a staggering one in six Australians are currently experiencing depression or anxiety or both. Unfortunately, only half of those experiencing these challenges are seeking help, so there are a lot of people out there suffering in silence.

I wanted to share my experience as there is so much stigma attached to mental health and research suggests that the situation I just described was common – so if you’re reading this and empathising, you’re not alone and I hope my experience helps you seek similar support and encourages you to get outside.

Once I made the decision to resign, I literally put my hiking boots on and drove to my favourite spot in Victoria – the Cathedral Ranges, just north of Melbourne. As I started the trail putting one foot in front of the other, I contemplated where I was in life; how I managed to get to a point of feeling like there was no way out and asked myself “how am I going to make sense of this and get myself to a better mental state?”. There were a few tears on that hike and lots of time to reflect, but after seven hours I felt a weight lifted off my shoulders. I can personally vouch that the recent Stanford-led study finding quantifiable evidence that walking in nature lowers the risk of mental health events is real.

Through that hike, I made the decision that I was going to create something positive out of this situation that would not only help me, but also help others who may be facing similar challenges. The next day I started working on a business plan for ‘Get Outside Melbourne’ a private guided hiking concept to share the benefits of disconnecting with the pressures of everyday life and connecting with great outdoors. It’s early days for this little start-up, but the response has been overwhelming and it’s given me purpose on my road to recovery.

I never thought when I purchased those hiking boots that they would have had such a profound impact, but I truly believe they may have saved my life.